Why are we disproportionately affected by certain events? Why do we find some things offensive – not just Insta-offensive?

A while back a friend told him that he resigned from his job after he discovered the management was unethical. He left for a competing organisation and was unfairly accused of stealing trade secrets. His world fell apart and he has still not recovered. Why was he so affected by a situation that someone else might have been able to laugh about over time?

Yesterday I was reminded of a similar experience I had. When I was on sick leave due to stress and at the same time got a new boss, my employer threatened to relocate me due to performance issues. This just six months after I had been selected as top talent. A Kafka-like process was initiated where no account was taken of my circumstances. I fought back with legal means and eventually made them change their position but I still today feel very bad when I think about it.

Why can’t I just brush it off as having the misfortune of working for an incompetent organisation and uncompassionate boss?

What sets my friend apart is his strong sense of justice and integrity. When these core values ​​were questioned, albeit on false grounds, it shook his world.

Similarly, I have understood that one of my fundamental values ​​is achievement. I have as long as I remember wanted to perform, that’s who I am. Even though I know I did a good job under the circumstances, a small part of me died when my performance was questioned. Just like in my friend’s case, my employer pressed the wrong (or right) button. My values were challenged.

One of the most powerful exercises I do with clients is to chart their core values.

Once you know where your buttons are, you can choose who will hit them, when and how. 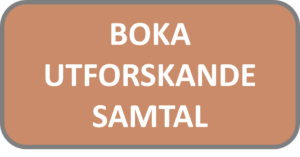